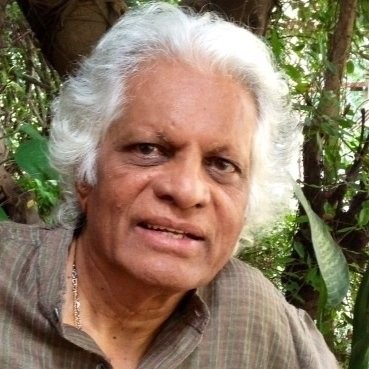 Dr. Ken Gnanakan (1940-2021) was a very special individual who helped inspire this Future Leaders Summit and the work we have been doing for the past many years.

His kindness, his wisdom, his humanity, his connection with people and planet, his passion and compassion, his music, his voice...all will be remembered, all will be missed.

He was, in his words:

Educationist, Environmentalist, Social Entrepreneur, Theologian, Writer, Artist, Musician and Conference/Seminar Speaker on Education, Strategic Management of NGOs, Ecological Engineering, Entrepreneurship, Theology, Religion etc. Education is my passion, and "Integrated Learning" is the fundamental philosophy to everything I do, as spelled out in my book published by Oxford University Press. In keeping, "Learn to Live" is the ACTS motto.

Dr. Ken Gnanakan initiated the Programme for Environmental Awareness in Schools (PEAS), a nationwide network aimed at motivating students into action. The programme initially funded by CIDA has hundreds of schools networked in an environmental movement bringing together thousands of children from all over the country.

Dr. Ken Gnanakan pioneered the use of waste plastics for road surfacing in India. He has collaborated with European ecologists to develop a model eco-toilet for slums. At present he is engaged in developing a holistic model of socio-economic development starting with the collection of urban waste. The model includes the generation of cooking gas as well as electricity.

After completing his Ph.D. in philosophy at King's College London and returning to India, he and his wife Prema set up the ACTS Institute, a vocational training school, which also imparted practical skills and spiritual values to young people. The institute took the couple into needy areas in slums and villages, and gradually grew to become a large network of education, health and environmental projects, all over India under the banner of ACTS.

Dr. Ken Gnanakan has attended and spoken at various UN forums. One of his recent books is "Wellness and Wellbeing", which is one of UN’s Sustainability Goals.

Dr. Ken Gnanakan was also an accomplished musician and used to be a part of the "Trojans". The band known as "the Indian Beatles" kept Bangalore, Calcutta and Bombay swinging in the '60s and included Biddu, a prominent pop musician. He has produced various CDs of his Christian spiritual compositions. He has written an environmental theme song sung by children all over the country.