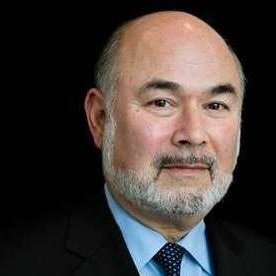 Jonathan Granoff is an attorney, author and international advocate emphasizing the legal, ethical and spiritual dimensions of human development and security, with a specific focus on advancing the rule of law to address the threats posed by nuclear weapons. He is president of the Global Security Institute, Senior Advisor to the ABA’s Committee on Arms Control and National Security and Co-Chair of the ABA Blue Ribbon Task Force on Nuclear Non-proliferation. He is Senior Advisor to the Nobel Peace Laureate Summit and has served as Vice President and UN Representative of the Lawyer’s Alliance for World Security. He serves on numerous governing and advisory boards including: the ABA International Law Section, Lawyers Committee on Nuclear Policy, Fortune Forum, Jane Goodall Institute, the NGO Committee on Disarmament, Peace and Security and Middle Powers Initiative.

He has been a featured guest and expert commentator on numerous radio and television programs, testified in Congress and at the UN numerous times and has, for the past nine years, addressed Nobel Peace Laureate Summits in Paris and Rome.