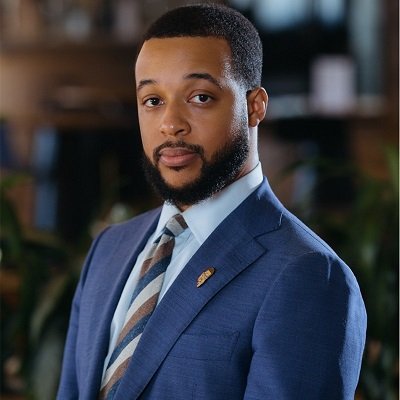 As President and CEO of BECMA, Segun is an ex-officio member of the Board of Directors. He was raised in Boston and is a proud product of the Boston Public Schools. Following his graduation from Boston Latin Academy, he earned his Bachelor of Arts in History from Morehouse College in Atlanta, Georgia with honors from the Phi Beta Kappa and Golden Key Societies.

At the same time, Segun also organized the Boston Police Camera Action Team (BPCAT) in 2014 with fellow high school graduate, Shekia Scott. The mission of the community group was to further accountability and safety in Boston through the mandatory use of police body-worn cameras.As a result of their efforts, Boston police officers will be equipped with the tools before the end of 2018. For the city, it was a powerful example of what ordinary citizens can accomplish when they come together around a shared cause.

In April 2021, Segun was recognized by Boston Magazine as one of the “100 Most Influential People in the City of Boston”.