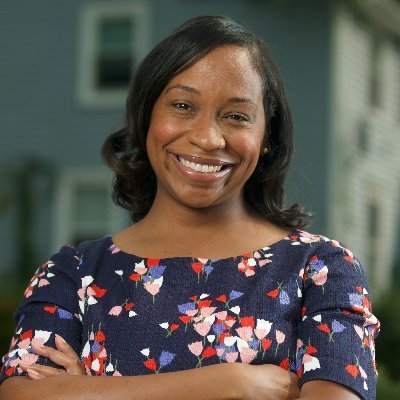 “In this profound moment of reckoning for our country and our city, as people rise up to demand change, Boston needs leadership that not only understands, but has lived the systemic inequities facing our residents every day. I’m running for Mayor to be that leader, to confront racism head-on, eradicate inequities, and finally make Boston a City that works for everyone.”

As a young lawyer, she knew how the school-to-prison pipeline criminalizes young Black and Brown students and represented parents and students in discipline hearings. Later, she went on to serve as Deputy Legal Counsel in Governor Deval Patrick’s administration, working to create more equitable systems and deliver progressive change to communities across the Commonwealth. Along the way, she met her husband Matt. Today, they’re raising their two sons, Alexander and Aiden, in Mattapan.

In 2015, Andrea challenged a 32-year incumbent to represent Mattapan, Dorchester, and parts of Jamaica Plain and Roslindale on the City Council. Nobody in the political establishment gave her a chance. But she built a community-focused movement and she shocked those in power, ushering in a new generation of leadership for her community.

Since then, Andrea has been a leader for equity, justice, and opportunity for all in Boston. As the first Black woman to serve as Boston City Council President, she championed an agenda that put racial equity at the top of Boston’s priority list. For years, she’s led the fight to reform our police and criminal legal systems and pushed our City and school leaders to act urgently to provide a quality public education to every student.