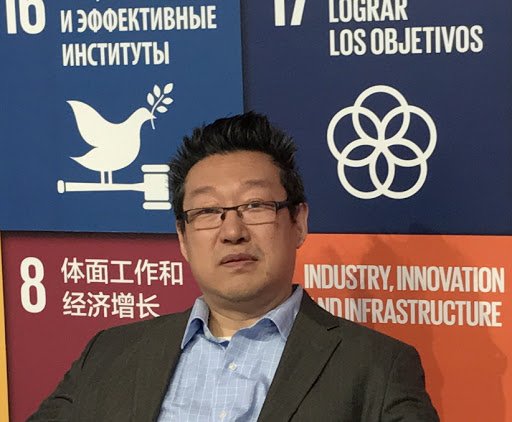 “I work for humanity and for our Mother Earth. My personal mission is to End Global Poverty in my lifetime.”

Since I found out my eldest brother died from starvation after WW2, I took a deep dive into understanding all aspects of modern money system, economics, business, alternative currencies, accounting and politics to become a Master of Money so I can fulfill my mission of Ending Global Poverty.

David is a philanthropist, and Chairman of the U.S. Blockchain Association.

He is also the inventor and visionary of the Earth Dollar - https://twitter.com/earthdollar

The Earth Dollar is an Asset-Backed Currency backed by the health of our planet. The healthier the planet becomes, the wealthier you become. New wealth is generated by modelling the World Bank”s Natural Capital Accounting System on our blockchain.

David is also an Ambassador for Free Nations United to Heal Our Mother Earth, with UN ECOSOC observer status. David is also the founder of Mother Earth Trust, which works with organizations and government to create World Heritage Sanctuaries to protect the forests, and the Earth for future generations..

David runs one of the largest green groups on the Internet, called LOHAS (Lifestyles of Health and Sustainability) with 13,000 members.

In 1990, David and his friends pioneered the energy drink category, being the the first in the world to add ginseng to formulate their Energy Drinks, after noticing people lining up to buy ginseng root in Chinatown. They negotiated a 5 year franchising-licensing agreement with Grey Beverages, the largest independent bottler in Canada (now owned by Pepsi-Cola Bottling Group) to test market an E=MC² Energy Drink, for North Pole Beverages Co., in Western Canada (population 2 million people).