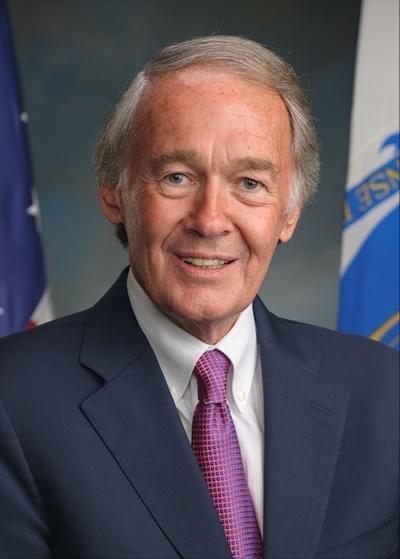 Senator Edward J. Markey, a consumer champion and national leader on energy, environmental protection and telecommunications policy, has a prolific legislative record on major issues across the policy spectrum and a deep commitment to improving the lives of the people of Massachusetts and our country.

Whether the issue is climate change, clean energy, safeguarding privacy, nuclear non-proliferation, investor protection or preserving an open Internet that spurs competition and consumer choice, Senator Markey stands up for the priorities and values of Massachusetts.

While serving for 37 years in the U.S. House of Representatives, Senator Markey fought for his constituents throughout his Congressional District. When he was Dean of the Massachusetts delegation in the House, he worked to harness the energy and influence of his colleagues on behalf of the entire Commonwealth. Elected to the Senate in a special election in June 2013, Senator Markey is bringing his experience, energy and expertise to fight for all the people of Massachusetts.

Senator Markey has amassed an unparalleled record of energy and environmental legislative achievements. He has consistently fought to create new jobs in American clean energy and served as a leading consumer champion against rising gas prices and foreign oil. He is the principal House author of the 2007 fuel economy law, which will increase fuel economy standards to 54.5 miles per gallon by 2025, the first increase in a generation. He also is the author of the appliance efficiency act of 1987, which stopped the construction of hundreds of coal-fired plants. Senator Markey authored the law that established the Northeast Home Heating Oil Reserve, ensuring that New England families won’t be left out in the cold when oil prices spike. And he is the author of the revolutionary law that requires electricity regulators to open up the wholesale electric power market for the first time.

In 2009, Congressman Markey was the co-author of the landmark Waxman-Markey bill, the only comprehensive climate legislation ever to pass a chamber of Congress. It gave hope to the world that the United States was serious about addressing climate change and helped America effectively negotiate with the international community.

Senator Markey was a leading voice in the investigation into the BP oil spill. He insisted that the company reveal the true size of the spill's flow rate, raised concerns about the use of toxic chemical dispersants into the environment and forced BP to make live video footage of the oil spill available to the public on the “Spillcam” website he created. BP ultimately pled guilty to 14 counts, including one count of Obstruction of Congress for making false and misleading statements and withholding information and documents from then-Rep. Markey about the true size of the spill.

In the House of Representatives, Congressman Markey served as the Ranking Member of the Natural Resources Committee. From 2007 to 2010, he served as Chairman of the Select Committee on Energy Independence and Global Warming, a signature committee established by then-Speaker Nancy Pelosi. He also served on the Energy and Commerce Committee, where he was Chairman of the Subcommittee on Energy and the Environment.

A member of the Commerce, Science and Transportation Committee, Senator Markey is a national leader on telecommunications policy, technology and privacy. In the House, he served for 20 years as Chair or Ranking Member of the Subcommittee on Telecommunications and the Internet, where he fostered the growth of new information technologies and was the principal author of many of the laws now governing our nation’s telephone, broadcasting, cable television, wireless, and broadband communications systems. He is the House author of the 1992 Cable Act, which increased choices for millions of consumers and enabled satellite-delivered programming to be more widely offered.