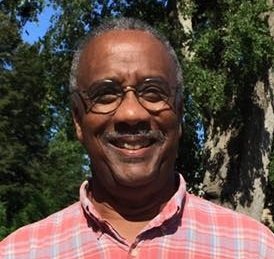 Director of Policy and Systems Design, Schumacher Center for a New Economics

Greg Watson is Director of Policy and Systems Design at the Schumacher Center for a New Economics. His work currently focuses on community food systems and the dynamics between local and geo-economic systems.

Watson has spent nearly 40 years learning to understand systems thinking as inspired by Buckminster Fuller and to apply that understanding to achieve a just and sustainable world.

In 1978 Watson organized a network of urban farmers’ markets in the Greater Boston Metropolitan Area. He served as the 19th Commissioner of Agriculture in Massachusetts under Governors Dukakis and Weld from 1990 to 1993 and under Governor Deval Patrick from 2012 to 2014. During the Patrick administration he launched a statewide urban agriculture grants program and chaired the Commonwealth’s Public Market Commission, which oversaw the planning and construction of the Boston Public Market.

From 1984 to 1990 Watson served as Assistant Secretary in the Massachusetts Executive Office of Economic Affairs, where he established and chaired the Massachusetts Office of Science and Technology. In 1988 he presented a paper entitled “Preparing Policymakers To Address the Problem of Climate Change” at the Second North American Conference on Preparing for Climate Change in Washington, D.C.

In 2005 he coordinated the drafting of “A Framework for Offshore Wind Energy Development in the United States” and the following year founded the U.S. Offshore Wind Collaborative. He served on President-elect Barack Obama’s U.S. Department of Energy transition team in 2008. In 2015 he founded the Cuba-U.S. Agroecology Network (CUSAN) following a trip to Cuba to learn about its agroecology system. CUSAN links small farmers and sustainable farm organizations in both countries to share information and provide mutual support.

He serves on the boards of the Ocean Arks International and Remineralize The Earth.