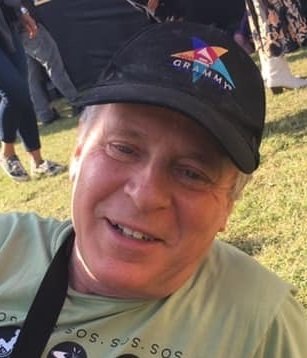 Howard Sapper is fervent environmentalist and currently serves as the President of eTrikeCo, a micro mobility electric transportation company based in California and Florida with customers all over the United States and beyond. He is passionate about this work that he calls the post automotive transportation revolution.

Howard Sapper is also a 42-year executive veteran of the music and film industry. He was the CEO of Global Pacific Records, Harmony Festival, Inc., and Extrordinaire Media. ) and he held a senior management position at Domo Records Inc. He is honored to be an officer and serve on the Sonoma County Commission on Human Right2 for his first term. Mr. Sapper, the father of a daughter who suffered a stroke at birth,) is a founder of the local non-profit Everybody Is A Star, whose focus is advancing special needs young adults through music video and the arts.) He has devoted over two decades towards research in brain therapy, medicine, alternative treatments, and the role of art, music and theatre as a therapeutic tool. On behalf of Everybody Is A Star and other San Francisco Bay Area non-profits he has developed close working relationships with the Golden State Warriors, San Francisco Giants, and the Oakland A’s. He produces and promotes community based game-day as well as outside events.

Howard has called Sonoma his home for over 35 years.  He was born and raised in Pittsburgh, Pennsylvania. He has a Bachelor of Science in Community Development from Penn State University, and has been a community activist for most of his adult life. His history includes running May Apple Farm, a federally financed inner-city program in Philadelphia, Pennsylvania, and working with and sponsoring, Hawaiian dance, music and cultural camps. He has close ties with Sonoma County Home Health Care and Special Needs Services as a caregiver for both his mother and daughter at home. Howard was a founding board member of Earth Communications Office, a groundbreaking environmental organization. For 4 ½ years Howard was Board President of Friendship Circle, a San Francisco Bay Area non-profit organization that works with children and families of children with special needs.