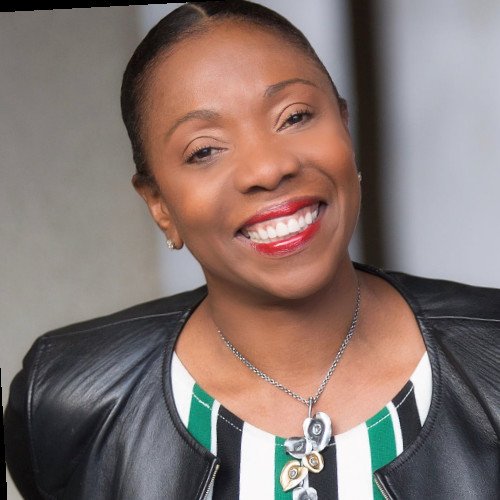 Jackie Glenn, founder and CEO of Glenn Diversity and HR Solutions, began her career in the technology sector at the Fortune 500 EMC Corporation in human resources in the year 2000. It proved to be Jackie’s ‘aha’ moment. She immediately saw that her life’s journey could help EMC, and others, create corporate cultures that reflect the diverse world they are aiming to serve. As Jackie states in her critically acclaimed book, Lift As I Climb: An Immigrant Girl’s Journey Through Corporate America, “There is a special place carved out that only you can fill.” Jackie’s adaptation to American culture as an immigrant from Jamaica, cultivated skills and insights that uniquely qualified her to lead EMC’s efforts to create, a diverse workforce, and an environment that would retain top talent from around the globe. At EMC Jackie quickly progressed to Global Chief Diversity Officer, overseeing a workforce of 60,000 employees around the world. In this role she conceived, planned, and developed programs in organizational development, leadership consulting, as well as employee training and development. Jackie lifted EMC’s entire corporate culture to international recognition and acclaim by pioneering many of the best practices in the diversity and inclusion space.

During her tenure, she created a groundbreaking transgender reassignment and benefits program, multiple women’s corporate advancement immersion experiences, and recruiting partnerships with Historically Black Colleges and Universities (HBCUs), featuring a summer internship that builds a pipeline of high potential future employees in the STEM field. EMC merged with Dell Computer in 2016. During the transition, Jackie served in the role of Global Vice President of Diversity & Inclusion, and oversaw the melding of corporate cultures for the combined entity and its new workforce totaling, 150,000 employees worldwide. In addition, during Jackie’s time at the helm as CDO of the technology giant, Diversity Inc. listed EMC as a Top 25 Noteworthy Company. Disability Matters named EMC a Leading Employee. Also, under Jackie’s P: 617-460-5567 | glennjackie3@gmail.com | LinkedIn Profile guidance, the company had a 5-year run with a perfect score on the Human Rights Campaign Corporate Equality Index. Jackie’s success in corporate America is paralleled by the tremendous impact she’s had as a mentor and sponsor. She has helped countless mentees realize their career potential, break down gender and cultural barriers, and defy industry trends. “With Jackie’s help, I went from working at an early stage start-up to getting my first job at Google. That was huge. Now, due in tremendous part to Jackie’s counsel, I am a CEO, and one of the few women of color to rise to such ranks in the technology field,” says Melissa James, CEO of The Tech Connection.

In addition to consulting, executive coaching, and helping corporations implement strategies and best practices through Glenn Diversity and HR Solutions, Jackie is a dynamic speaker, hosts national and international conferences, and participates on industry panels. Jackie holds a Master of Science degree in Human Resources Management from Lesley University, Cambridge, MA and a bachelor’s degree from Emmanuel College, Boston. Her love for community advocacy and civic leadership includes service on the Board of the Children’s Services of Roxbury (MA), the Board of the African-American Museum of Boston, and the Board of Overseers of Beth Israel Deaconess Hospital. In Lift As I Climb – An Immigrant Girl’s Journey Through Corporate America, her instructional biography of how she employed her ten self-created gems to provide guidance through her journey from a Nanny to Vice President & Chief Diversity officer at Dell EMC, to an author and CEO, Glenn reveals a vow she made to herself, alone at a cold bus stop soon after she arrived to the U.S. “When life gets better for me, no one will be left at the bus stop.” Her life reflects that conviction.