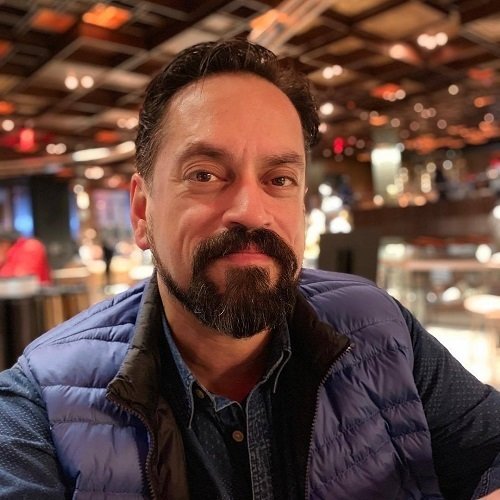 The Boston Globe refers to Jay Calderin as "a budding designer's best friend.” Jay Calderin is the author of The Fashion Design Reference & Specification Book, which the LA Times called, "a new fashion bible for designers, aspirers and the just plain curious, this tome contains all the secrets." It was followed by Fashion Design Essentials: 100 Principles of Fashion Design. Designer Ralph Rucci says, “The importance of Jay Calderin's book truly cannot be overstated” about his latest book, What They Didn’t Teach You in Fashion School.

In addition to his own books, he collaborated on Fashion Design, Referenced, and was a contributor to Native Fashion Now, the book that accompanied the Peabody Essex Museum's exhibit of the same name.

Calderin founded Boston Fashion Week and has served as the organization's Executive Director since 1995. In 2012 he was appointed Creative Director of the first Chengdu Fashion Week in China. His work as a fashion designer has graced the pages of Vogue and Elle magazines. One of his designs is part of Peabody Essex Museum's permanent collection and is currently featured in their Fashion & Design Gallery.

He is an instructor and the Director of Community Relations at the School of Fashion Design in Boston. In addition to artist demonstrations and teaching studio art classes at the Museum of Fine Arts, Boston he teaches at the Massachusetts College of Art and Design and joined the ranks of CreativeLive's highly respected team of online educators.