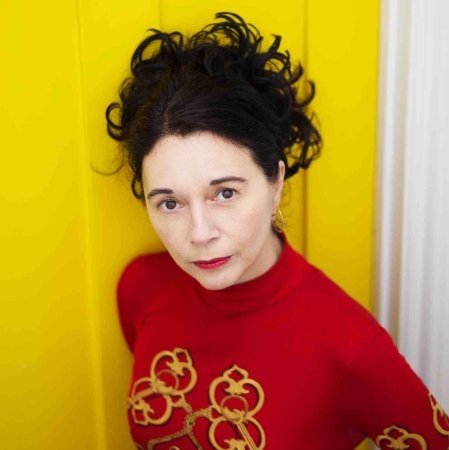 Orsola de Castro (born in Rome in 1966) is a pioneer and an internationally recognized opinion leader in sustainable fashion.

The daughter of a Venetian artist, she took part in her first group exhibitions of etchings and drawings in Rome and Venice aged 15. In 1986-87, she had 5 solo shows in Italy sponsored by Letraset Italia, using their famous Pantone felt-tips and presenting her illustrations and reclaimed vintage hats.

In 1997 she started From Somewhere, a revolutionary label that was the first to address the issue of pre-consumer waste and reproducibility in recycling for the fashion industry. From Somewhere collaborations include upcycled collections for Jigsaw, Robe Di Kappa, Tesco and Speedo.

Orsola is a Practitioner in Residence at MA fashion and Visiting Fellow at Central Saint Martin's and a regular lecturer for many universities including the Chelsea College of Art and Design, Nottingham Trent and Falmouth University as well as guest speaker at Royal College of Art and Central Saint Martins. Orsola is also a key note speaker at various sustainable fashion events and summits in the UK and internationally, including IHT Luxury Summit in London in 2010.