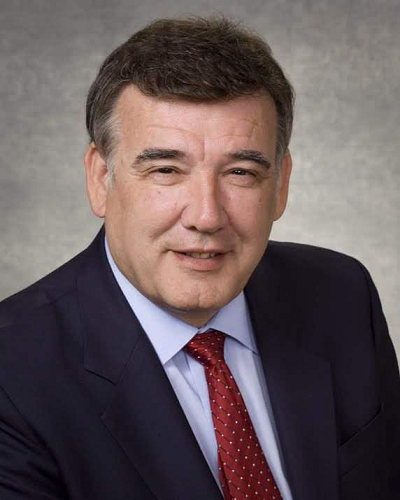 Senator Marc R. Pacheco (D-Taunton) is Dean of the Massachusetts Senate and founding Chair of the Standing Senate Committee on Global Warming & Climate Change.  He is also the Chair of the Joint Committee on State Administration & Regulatory Oversight and Vice Chair of the Joint Committee on Telecommunications, Utilities, & Energy.  As Co-Chair of the Council of State Government’s Eastern Regional Conference Energy & Environment Committee, he helps to inform the officials of 11 Northeast states, as well as the Commonwealth of Puerto Rico, the U.S. Virgin Islands, and the Eastern Canadian provinces of New Brunswick, Ontario, Prince Edward Island, Nova Scotia and Québec.  Senator Pacheco is an Al Gore Climate Messenger with the Climate Reality Project and a longtime advocate for climate policy, clean energy, and environmental sustainability.  Throughout his public service career, the Senator has championed a number of key legislative measures including the Global Warming Solutions Act of 2008, which established the Commonwealth’s first mandatory statewide greenhouse gas emission reduction requirements and the Taxpayer Protection Act (commonly known as the “Pacheco Law”), which has saved the citizens of Massachusetts millions of dollars over the past 27 years by protecting public services from waste, fraud, and abuse.