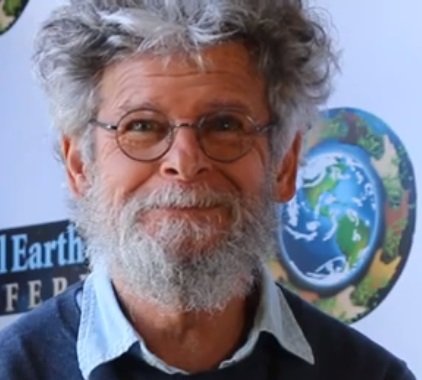 Dr. Tom Goreau is President of the Global Coral Reef Alliance, a non-profit organization for coral reef protection and sustainable management, and Coordinator of the United Nations Commission on Sustainable Development Partnership in New Technologies for Small Island Developing States.

He has dived longer and in more coral reefs around the world than any coral scientist. His father was the world’s first diving marine scientist, and he grew up swimming in coral reefs as soon as he could walk.

He was previously Senior Scientific Affairs Officer at the United Nations Centre for Science and Technology for Development, in charge of global climate change and biodiversity issues.

He developed the method to predict the location, timing, and severity of coral bleaching from satellite data with Ray Hayes.

He holds patents with the late Wolf Hilbertz for new methods for preserving coral reefs from global warming and pollution, restoring marine ecosystems, shore protection, mariculture, and non-toxic methods of preserving wood from marine boring organisms, termites, rot, and fire, in order to increase the lifetime of wood and decrease logging.

In 1998 he and Wolf Hilbertz were awarded the Theodore M. Sperry Award for Pioneers and Innovators, the top award of the Society for Ecological Restoration.

Dr. Goreau works with tropical fishing communities around the world to restore their coral reefs and fisheries, especially the Kuna Indians of Panama, the only native people of the Americas who have preserved their cultural and political independence.

He is also a hereditary leader of the Yolngu Dhuwa Aboriginal clan of Arnhem Land, Australia, who preserve the oldest creation myth in the world. Of Panamanian origin, he was educated in Jamaican primary and secondary schools, at MIT (B.Sc in Planetary Physics), Caltech (M.Sc in Planetary Astronomy), Yale, Woods Hole Oceanographic Institution, and Harvard (Ph.D. in Biogeochemistry), and is a certified nuisance crocodile remover.