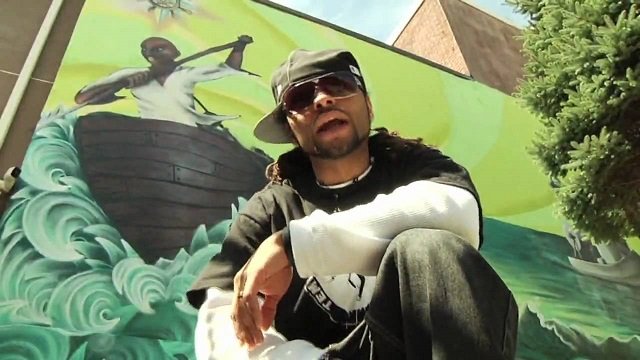 Tem Blessed was born in West Africa and came to New Bedford when he was just a few years old. Growing up in New England, it didn’t take Tem long to fall in love with hip-hop. Before he even took the stage, the artist within him was already born. Tem started rhyming since the time he was a young boy.

Coming up as a young artist Tem Blessed was inspired by more than just a great sound. He stood strong to ideals like intelligence and integrity. His idea was to build something constructive as opposed to being destructive. A positive message sounded throughout Tem’s work as he developed a philosophy that shied away from some of the negative stereotypes associated with hip-hop.

Slick Rick and Doug E. Fresh were the two artists who inspired Tem to write his first rhyme. He also looked up to other artists including A Tribe Called Quest, Black Star, Wu-Tang Clan, Dead Prez, The Fugees and Common.

“What drew me to hip hip was that the music was teaching me something. It did something in addition to making me feel energized.” – Tem Blessed

Seeing hip hop change and evolve throughout the years, Tem wanted to concentrate on making the world a better place. That led him to go green and lobby for a more sustainable world in addition to a better future for all of our children.

Tem believes that in the music industry, sex, drugs and violence catches headlines for all the wrong reasons. That’s why he wanted something more for his place in the world of hip-hop.With more and more new hip hop artists losing sight of importance that comes with sending a message, Tem keeps his music inspiring as well as energizing.