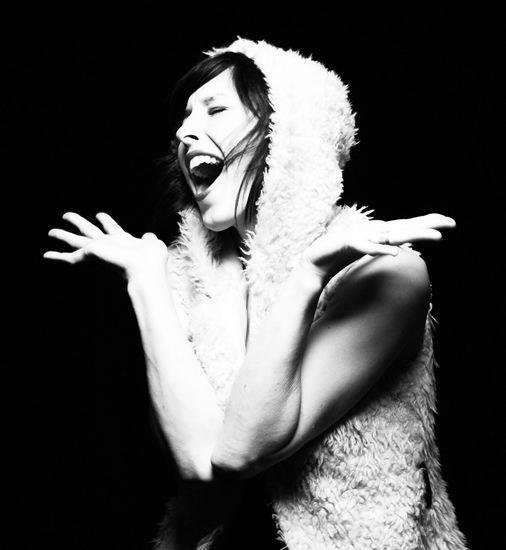 “SOUND” is Julia Othmer's newest album.  Set in cinematic soundscapes, the songs are “rich in space and soaring dynamics and rife with layers and textures and melodies and grooves” (Tim Finn, KC Star). The album travels sonically from the exultant disco rock anthem “Hungry Days (Make Me Feel)” to the vulnerable and delicate “Homeward” - from the haunting surf guitar of “Purple and Gray” to the sublime vocal orchestration of “Whoever Says.” Othmer’s evocative and transcendent lyrics are a guide along the way. “I focused on writing with space around the words, with openness. There’s room for the listener to have their own interpretations, to make the songs theirs.  Find their own way through it.”

Integral to SOUND is producer, composer and multi-instrumentalist, James T. Lundie. “I heard his work.  It was epic and honest,” says Othmer.  “I had to meet him. So I knocked on his door in London and kept asking him to collaborate until he said yes.” And collaborate they did.

Fueled by a remarkably successful fan-funded campaign, Othmer and Lundie created SOUND during a period of reclusion and focus. “We had this great gift of support and no sense of limitations. We decided we weren’t going to stop until we made something that both of us were proud of. No caveats. No concessions. No compromise.”

Working in their LA studio for over two years, they performed almost every role themselves, except for a few notable guests, including their pit bull, Mary.  Othmer explains, “James and I explore making music out of all kinds of things – kitchen gadgets, seed pods from the garden, anything and everything. Mary is always with us in the studio; it was inevitable she would end up on the recordings. Listen close - you can hear her vocalizing in my backing vocals.”

Hailed as "a piano-playing siren making a mark with her fiery, passionate performances," (NXNE Festival Guide), Othmer is a captivating and dynamic performer.  She has a warm rapport with her audiences and a strong connection with her loyal and ever-growing fan base.  “I get to write and play songs because people come out to concerts and support live music. I don’t take that for granted.”

Originally from Kansas City, Othmer attended Columbia University in New York before moving to Philadelphia where she began performing live. She came to Los Angeles to record her debut album, “Oasis Motel,” with producer Michael Blum (Roger Daltrey, Madonna). Her songs have been featured on shows like Witches of East End, Switched at Birth, Army Wives, The Lying Game, and DeGrassi: The Next Generation.

Othmer has performed alongside icons Sarah McLachlan, Emmylou Harris, and Heart. She has also shared the stage with Amanda Palmer, Lisa Loeb, Minnie Driver, Regina Spektor, Amos Lee, and John Waite, and most recently opened for The Alarm on their UK tour.