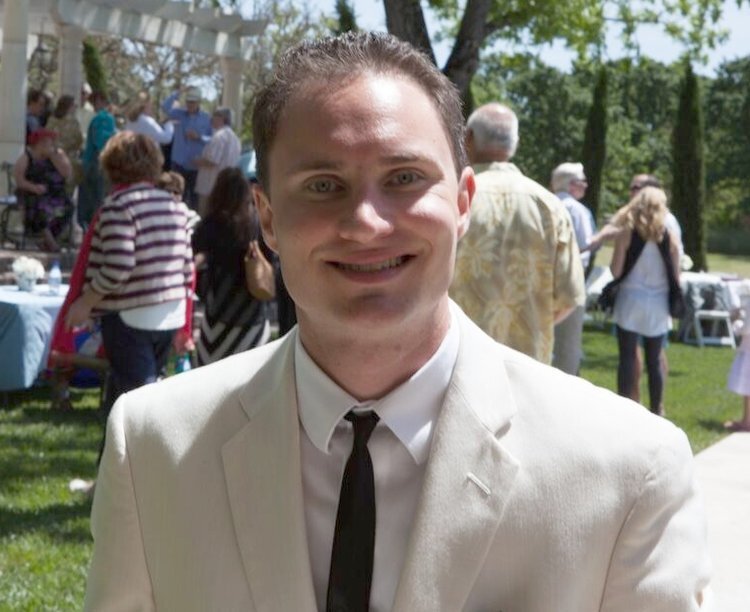 Though he didn’t speak until age four, Loren Moale was fascinated by radio, microphones, acting and singing. “Once he learned to talk,” says his mom, Ruth, “He learned to sing.” And twenty-something years later, his singing and talking have been heard by thousands of people—via video, radio, television and stage mics.

Overcoming many challenges of autism, Loren developed a voice that has served him well in reaching goals and pursuing his performance interests.  “I’m very proud of all the things I’ve accomplished in my life,” he says. Proud also of his EIAS video, Loren describes making it as, “two of the best days of my life,” including filming on the Golden Gate Bridge—a real thrill for him. “The video has built a lot of confidence in me,” he says.

The video led to publicity for Loren, and to volunteer jobs making public service announcements on local radio and television. He now holds a job, makes radio announcements, drives a car, and sings in a choir. Loren also serves as MC at fundraising events. When EIAS performers sing at major sporting events, Loren is in heaven, as he was when they sang at the Boston Green Festival—his first east coast trip. “I just loved it,” said Loren.