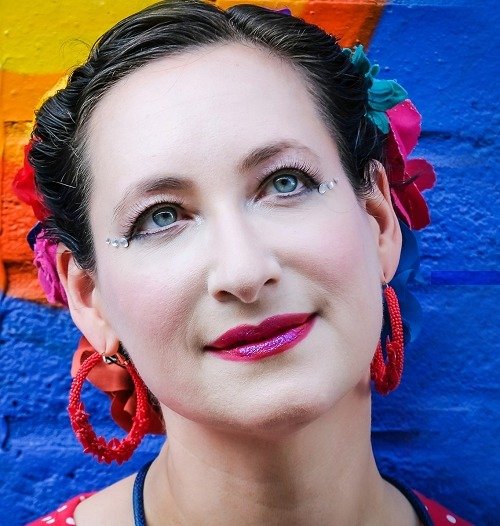 "Rachael Sage is a marvelous young artist- and I am a fan!! [Her album] has a beauty that shines through her lyrics and melodies-- poignant, tender and tough. These are stories from the heart that will lift you up and carry you to places you had never dreamed." - Judy Collins

Since founding her own label MPress Records two decades ago, NYC-based alt-pop artist Rachael Sage has steadily released a slew of vibrant, dynamic albums with poetic lyrics spanning subjects as wide as her inspirations. She has toured with an eclectic list of artists including Ani DiFranco, Beth Hart, Sarah McLachlan, Judy Collins and Howard Jones. Sage also continues to significantly grow her visibility via her many song placements, including 22 songs on top reality show Dance Moms, translating into over 10 million

YouTube hits. Her latest single and video, “Blue Sky Days”, was originally composed as a meditation on gratitude in the midst of her own recent cancer recovery, but has taken on new resonance during Covid-19.

Sage’s new album “Character” is an inspirational tribute to survivorship. The collection reflects on such concepts as identity, compassion, authenticity, optimism, and mindfulness. As Sage confesses, “I don’t think I understood the full meaning of the word ‘character’ until I was suddenly required to redefine my own…if there is a silver lining in all of this, it’s that I have a much deeper relationship to gratitude.”

"One of music's most inimitable iconoclasts." — BlackBook

"Her keen, ironic sense of humor and quirky sense of the profound is what makes her special as a songwriter" — Billboard