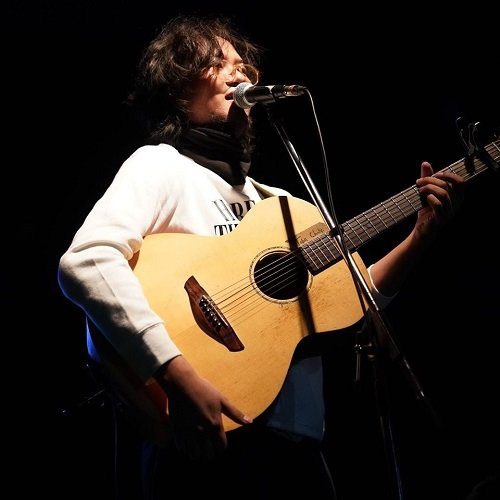 Hailed by critics and audiences alike, Arunachali musical prince Taba Chake's music is the kind that will make you stop and listen, in a world that is forcing you to rush on. With his latest record 'Bombay Dreams', Chake has taken the country by storm, captivating thousands of people through live performances, stacking up millions of streams across platforms, and garnering lakhs of monthly listeners in nearly a hundred countries. All this praise and adoration for Chake's music is a testament to his ability to give us, especially in these times, music that is authentic and nostalgic, music that takes us back to our roots. His animated music video for 'Walk With Me', a seemingly effortless song about the realities of love and distance in our daily lives, earned him a million views, and we watched on as he was featured on Apple's website alongside Taylor Swift.

The Indian press was quick to take stock of what was happening. From The Hindu to Rolling Stone, The Indian Music Diaries to Indian Express, all had something to say about Chake's unique style: one that is so relatable -- with simplicity at its core -- that it manages to connect with people from all around the world. "Truly, music has no boundaries,'' says Taba who proudly writes and performs in Nyishi, Hindi, English, and Assamese. Platform Magazine dubbed the record "A Love Letter to the City of Dreams", calling it an album “with a whimsical dreaminess and a sense of hope”. Without a doubt, Chake's music will remind you about what it means to be human: the true bond with nature, the genuineness of love and friendship and just the simplicity of it all.

In a matter of a few years, bringing accolades and recognition, Chake has managed to carve a loyal audience for himself and is now establishing his mark in the mainstream as well. Already working towards new releases, music videos, and international shows, it’s not hard to foresee Chake's ascent to stardom in the years to come. Needless to say, fans, critics and fellow musicians are all waiting, and who wouldn't when, as Redbull Music says, "Taba Chake is one of those songwriters whose music seems to always put you in a happy place.”  Words By Rachna.