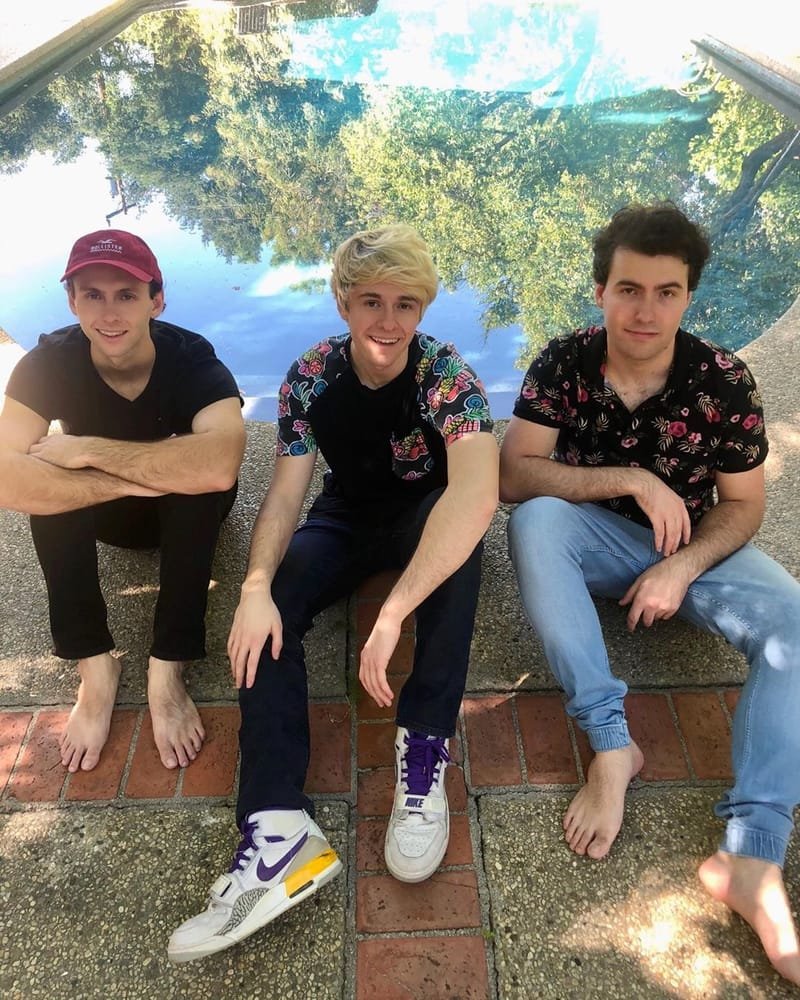 “Infectious originals like “The Girl Next Door” and “Somebody Just Like You” are caught in the nether-zone between rough garageband glory and ultra-clean Top 40, channeling the Buzzcocks by way of Green Day and Lennon-McCartney via Blink 182.” – Daniel Weizman,  LA Times

The reference is to The Christopher Brothers, an alternative surf pop/punk band from Los Angeles, CA.  The band has an international following with over 2 million views on YouTube, 460,000 Facebook “Likes”, and 70,000 Twitter Followers.

In 2017 their first album, “Dog Daze” featuring the single “Let Me Out”, debuted at No.7 on Billboard's Hot Single Sales Chart and ultimately made it to No. 68 on the Top 40 Radio Media Base Chart.  Their music video “The Girl Next Door” also won the “California Music Video Best Band Award“.  Since the brothers formed their band, they have toured extensively throughout the United States performing at venues including the world famous Whisky a Go Go, The Roxy, LEGOLAND California, Six Flags, Time Warner Center in NYC and Downtown Disney.  The brothers also opened for The Plain White T’s and Drake Bell on the High School Nation 2017 Tour doing 55 shows with Hollister and Ernie Ball as Sponsors.  In addition The Christopher Brothers’ music, “And Now I’m In Love Again” from their second EP “Smile”, has played at supermarkets and Walgreen’s throughout the US.  The band also made it to the top 20 of the group category on X Factor with great praises from Simon Cowell on their original song.

"With three yeses from our female judges, The Christopher Brothers are rockin' on to the next round. With little brother Ethan already being compared to a young Mick Jagger, the sky's the limit for this sibling trio" – X Factor

Currently the band is preparing for the release of their latest album “Back To Square One”.  The Christopher Brothers write, perform, and produce their original music.

“…with a great number of years ahead of them, I can only imagine the sheer amount of styles, approaches, and sounds that will be present on each recording. They are that good.” –James McQuison, Neufutur Magazine

Learn more about The Christopher Brothers.