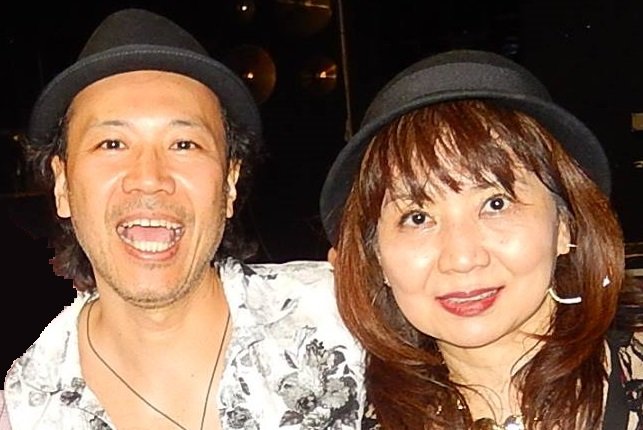 Hailing from the Land of Rising Sun (Japan), TOKYO TRAMPS is a group of American roots music fanatics. The musical journey started when Satoru left Japan to go to Louisiana searching for the spirit of Rock'n'Roll. Soon he found the key, Blues. Yukiko left a lucrative job in Tokyo and took a giant step following her heart to play American music. Then in 1999, TOKYO TRAMPS was born in Boston. Satoru took its name TRAMPS from his early idol, Bruce Springsteen's song, Born To Run - "Tramps like us, baby, we were born to run."..... Satoru says, American music changed our lives. Four individuals chanced to meet in Boston, and taking cues from our musical heroes, were creating something very unique and exciting. We are making our dreams come true every time we play.

In 1990, just graduated from high school in Japan, Satoru came to America to become a musician.  Knowing the south is the birthplace of rock'n'roll, his musical journey began in Louisiana. He lived from town to town in south Louisiana. He moved to Boston in 1996, to deepen his studies in music.
His influences are B.B.King, Taj Mahal, Otis Rush, Lightning Hopkins, Muddy Waters, Los Lobos, Elmore James, Snooks Eaglin, and so on.

Born and raised in Tokyo, Japan, Yukiko started taking piano lessons at age 6, formed her first band at age 14 as a bass player, and developed her own voice through many years of performing & training. She also worked with her multiple talent in music as a sound engineer, event organizer and educator. Influenced by American Top 40 and arena rock in 70's & 80's, she had performed and recorded with oldies bands and heavy metal bands as well.