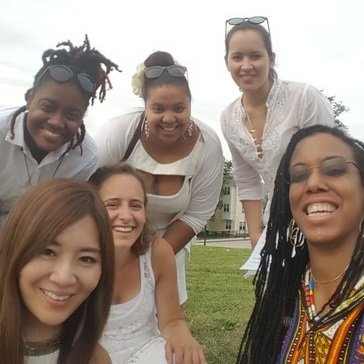 Zili's name comes from Haitian spiritual entity, "Ezili," who is envisaged as mother, lover, and warrior, and is sibling of many Afri-Atlantic spiritual entities. Zili's songs are sensual, political, self-reflective, positive, and invoke love. Zili's lyrics glide seamlessly from English to Kreyol to Kriolu to Portuguese to Spanish, spinning tales and visions of lives lived and yet to be.