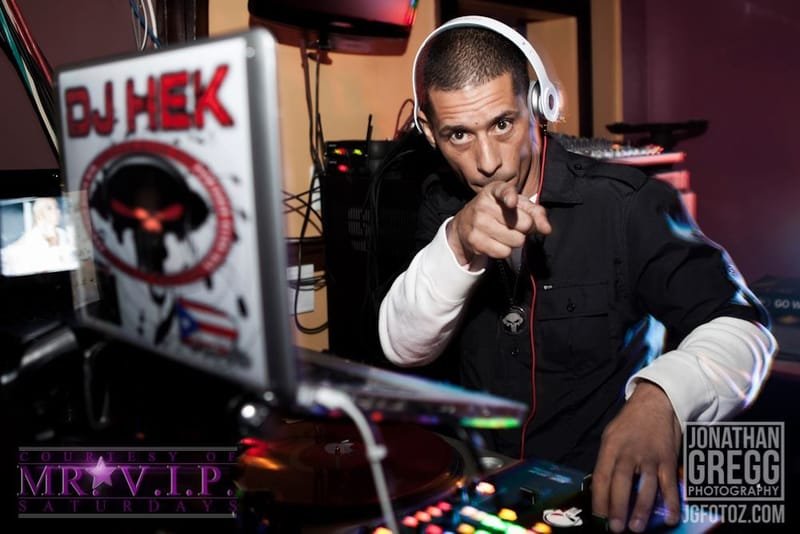 In 1985 Hector Dj Hek started out his journey on local radio station in his hometown of Cayey, Puerto Rico, where he learned the basic skills of mixing music and sounds, from there he had the opportunity to work in different nightclubs, house parties and school events in his home town area. Later in 1996 he moved to the state of Massachusetts where he took advantage of the opportunities giving to him which helped him become the Dj he is today. Throughout his journey he has gained the love and support of many people who helped him be part events in the New England area, like, for several years he was part of the Puerto Rican festival of Massachusetts in Boston City Hall Plaza and also Rhode Island. He has also showcased in different radio stations and nightclubs across the region: Power 800, La Mega New England, Radio La Ley in Cayey Puerto Rico. Nightclubs: Moonshiners,TNS, The Crown, Savannas Place, Don Q, All Star Lounge, Smoke House Tavern, White Horse Tavern, El Rincon, Celebrations, Xavier Place, The Loft, Paradise Nightclub, Ward 6, Cloud 9, Manchvegas, The Wild Rover, House of Blue Boston, Lynnway Lounge, Eclipse and many more.